Paul Anderson is an Arts broadcaster, radio presenter, producer and journalist. He’s known for work on BBC 6 Music, Xfm, Capital as well as hosting his own one-hour film show ‘At The Movies’ on Smooth Radio. Paul is also a member of the London Film Critic’s Circle. Follow him on Twitter @afilmguy. 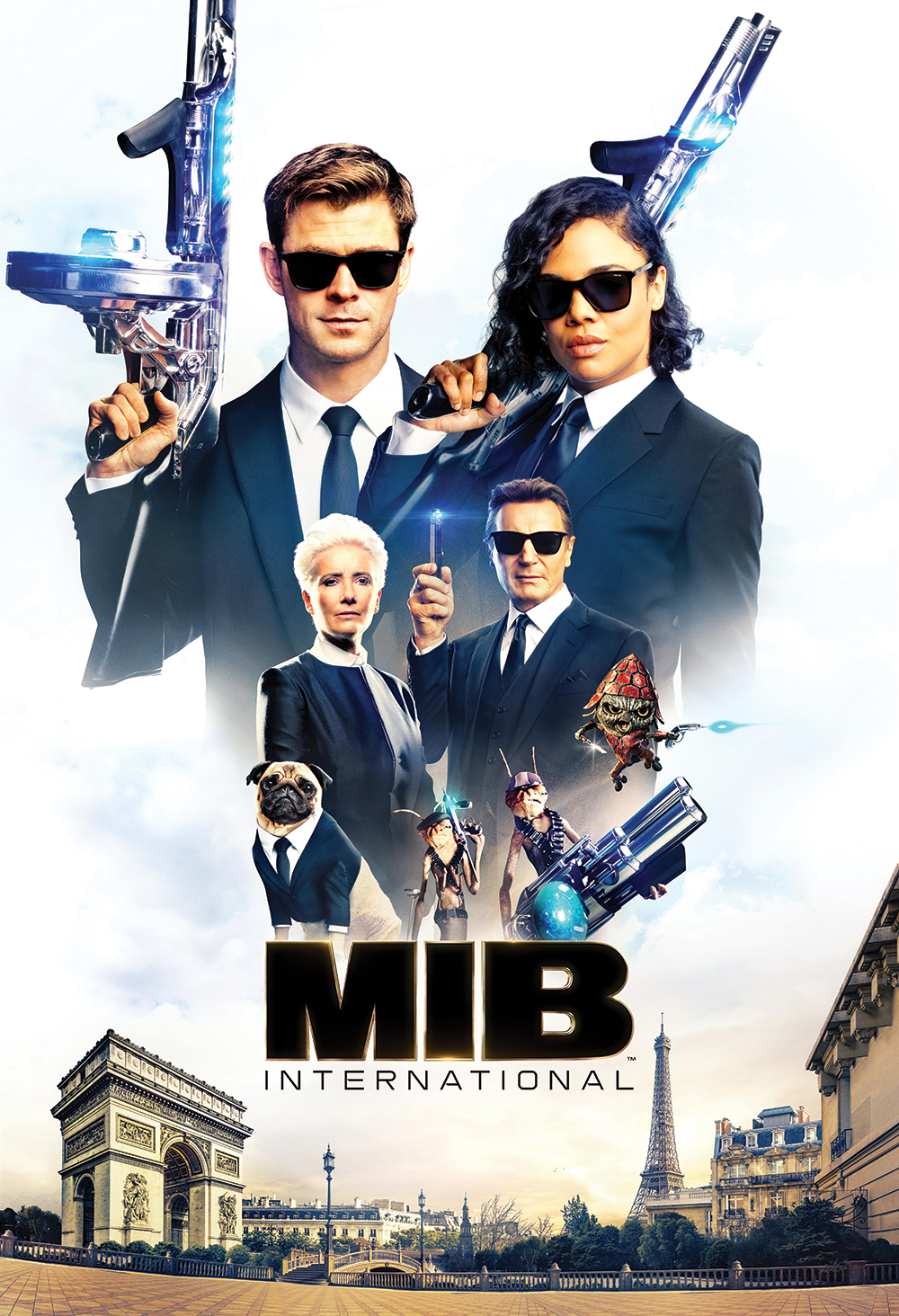 MEN IN BLACK
INTERNATIONAL: 12A

Seven years after MIB 3 we have Chris Hemsworth and Tessa Thompson who are the secret agents protecting us from alien invasion. The plot loosely resembles the first film in 1997, with Thompson playing the raw recruit to Hemsworth’s troubled veteran. Controlling them are Liam Neeson and Emma Thompson, as the heads of MIB offices in London and New York. This version has had a ton of money thrown at it and amazing digital special effects that would have been too fantastical in 1997. But, for all this it still fails to tell us an engaging, or even particularly coherent, story. The leads are familiar from Thor Ragnarok and Hemsworth is good at the slapstick and strong-arm comedy, however it’s overlong and mostly unfunny. 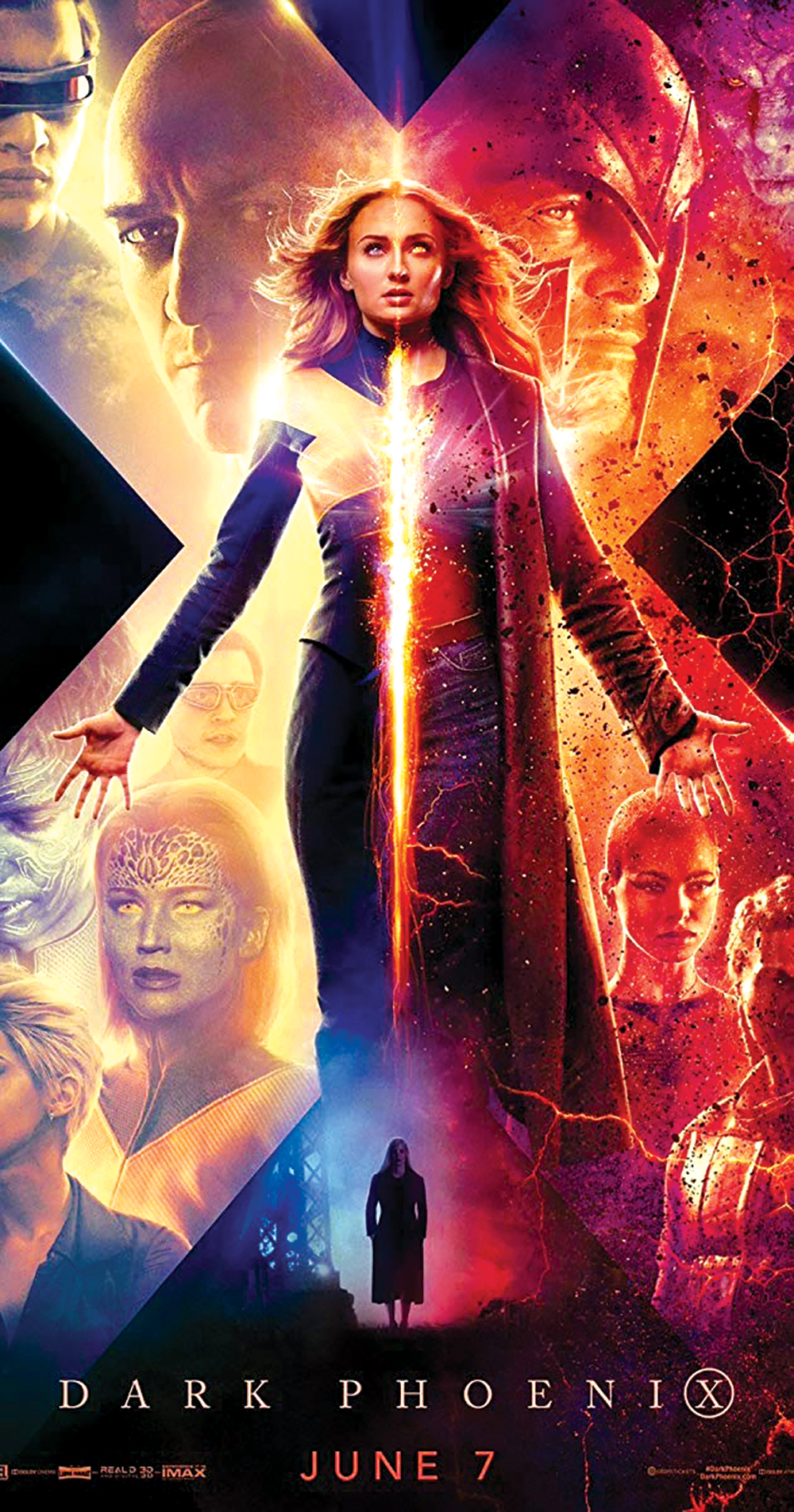 Here we go again with the flashback generations. The 19-year-old, 12 film franchise comes to a substandard halt with this saga of Jean Grey (Sophie Turner). Teenage Jean’s mutant gifts inadvertently caused the fatal car crash that killed her mother, landing her in the care of wheelchair-bound Professor Charles Xavier (James McAvoy), who recognizes the traumatized orphan’s telepathic/telekinetic skills. Enter a shape-shifting alien entity named Vuk (Jessica Chastain) who begins twisting Jean’s mind by asking, ‘Are you a scared little girl who answers to the man in the chair, or are you the most powerful being on the planet?’  So, then we get the whole, ‘You’re stronger than you know. You’re special’ malarkey which inevitably leads to disaster, causing grumpy Magneto (Michael Fassbender) to resurface in his remote, rural hut. There are Fleeting visits from Hank/Beast (Nicholas Hoult), Nightcrawler (Kobi Smit-McPhee), Quicksilver (Evan Peters) and Storm (Alexandra Shipp) and a prolonged appearance from empowered Raven/Mystique (Jennifer Lawrence) notes that the X-Men should become the X-Women because “The women are always saving the men around here.” 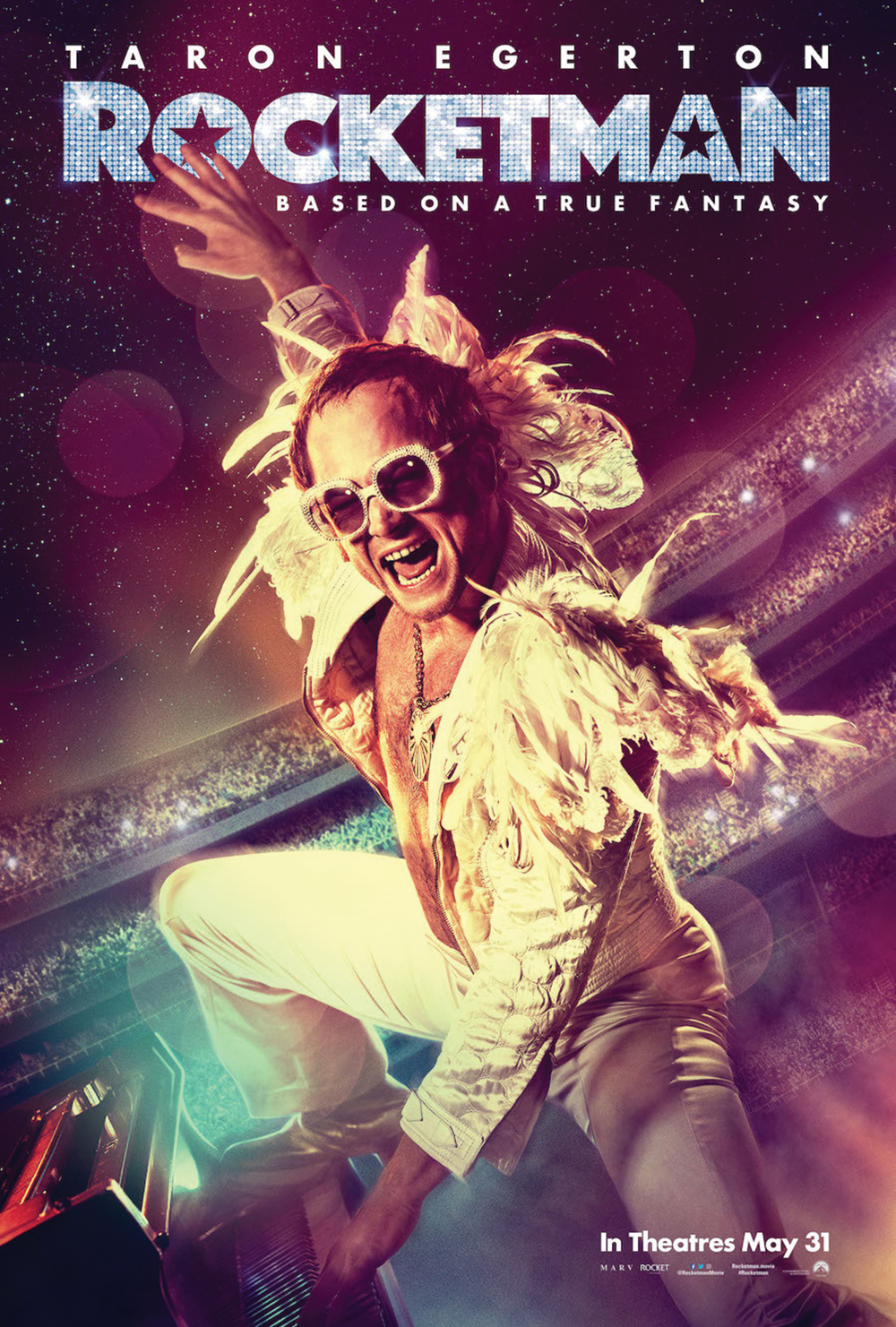 The story of how Reg Dwight became Elton John. In a recent interview about the film’s rating Eton said I haven’t led a PG 13 life and the best part about the film and certainly the thing that makes it superior to Bohemian Rhapsody the Freddie Mercury biopic, is that it doesn’t hold back. The early stuff is emphasized, mixing genius Reginald Dwight’s stunted suburban childhood with his arrival as a nimble songwriter, upon meeting lyricist Bernie Taupin, played by Billy Elliot’s Jamie Bell. We also meet a remote, homophobic father (Stephen Mackintosh), a self-absorbed mother (Bryce Dallas Howard) and a protective granny (Gemma Jones). These figures haunt Reg, an energetic and vocally talented Taron Egerton. There’s a neat conceit of a choreography of jumbling songs into multiple time frames.

The Christmas card's origins are hard to pin-down exactly, but the first recorded ones can be…

This poetry collection is highly autobiographical, and as raw and emotional as it gets. It has…

Jodi Picoult has been one of my favourite authors for as long as I can remember.…

The Christmas card's origins are hard to pin-down exactly, but

This poetry collection is highly autobiographical, and as raw and